The Weirdo Dress- inspiration from an artist 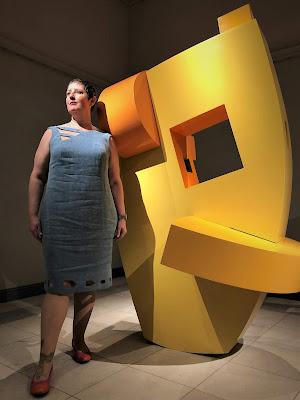 When my sister told us all about her solo art show some time last year I knew that I wanted to make a special garment for her, The velvet jacket and of course one for me! You can read all about her jacket in this post and construction details in this post. 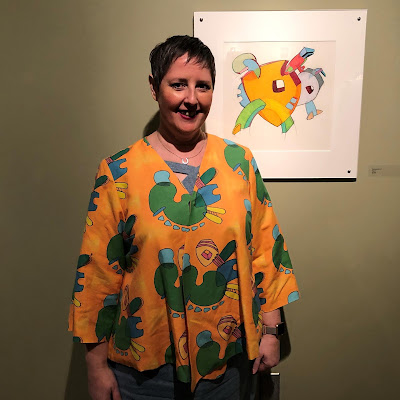 For my outfit, I knew that I wanted to wear the jacket that I made using one of her designs that I had custom printed on fabric at Spoonflower. You can read all about the jacket and the original outfit HERE. From 2016. 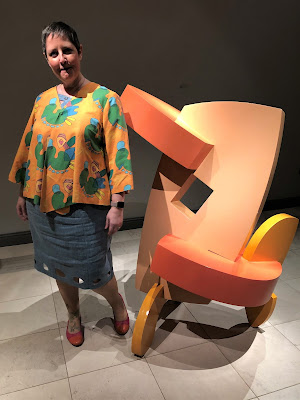 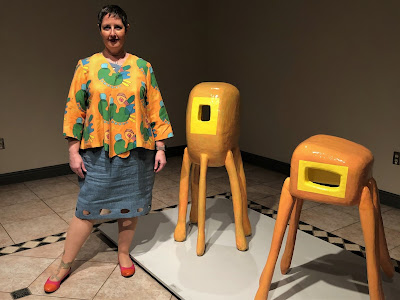 For this special event I really wanted to create a dress that was fully inspired by my sister’s creative mind and her artwork. I spent some time going through my fabric collection to pick a fabric that would work with the jacket. At the same time, I worked on sketching out ideas in Procreate on my iPad using My Body Model Croquis. Here you can see the original design that I sketched out and used for a guide in creating my dress. 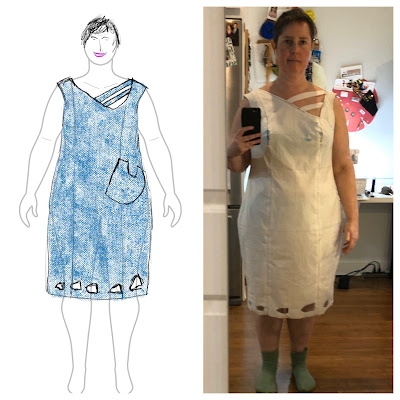 I used my princess sheath dress pattern as a starter and made new front panel and back panels to try out the idea. With the muslin on I then placed the straps to create the upper design element. With this done I drew and then cut out the motifs at the bottom. To create the shapes, I used the shapes from the print on the jacket run under the main green shape. 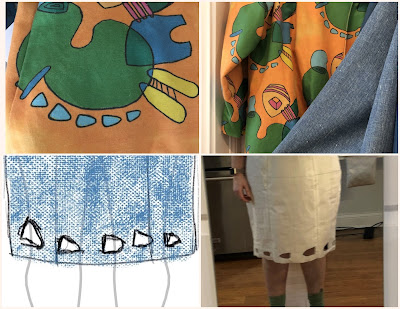 With the muslin done and me being happy with the design I finalized the pattern pieces and got to work on the garment. The fashion fabric is a beautiful wool/linen tweed from with blue and green yarns that I purchased from Michael Fabrics/ A Fabric Place in Baltimore. I underlined these pieces with off white silk organza and lined with a blue silk. 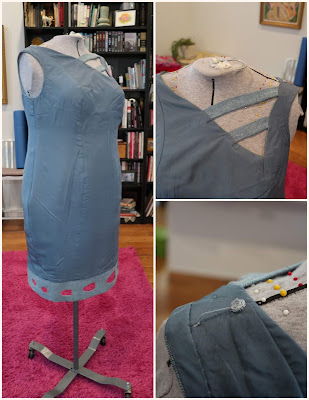 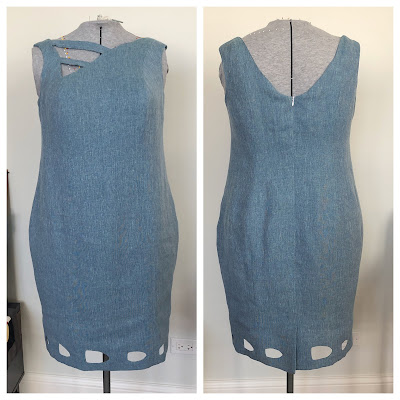 If you look closely at the back neckline you can see that the left and right sides are slightly different. This is because of the princess seams at the front being asymmetrical up to the shoulder. I did my best to create a similar shape on each side and moved forward. I could have purposefully done something asymmetrical on the back neckline as well but I thought that from a design perspective it was too much. 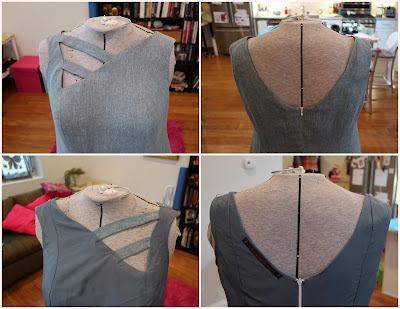 To create the cutouts around the bottom hem I first made sure that the hem was deep enough so that the inside was wide enough to cover the entire cutout area and used a lightweight fusible interfacing throughout the entire hem area. It was helpful to have the muslin so that I could carefully plan where the shapes would be placed so that they looked even and did not interfere with the kick pleat. From the front, on the hemline I stitched an organza patch, cut out the center, pulled it through to create a window and then secured the organza on the inside using super fine Japanese fusi-web and tiny catch stitches. Then when the hem was folded up I basted around each shape and then very carefully cut out the shapes leaving about ¼ inch and carefully snipped and folded these under and slip stitched the back to the front along the window edge. If interested more in the window technique Gail Patrice Yellen has a book called It’s all about Embellishment! that has more information on this. 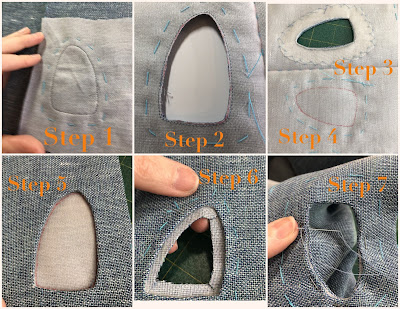 The only ‘issue’ that I had with this garment was that my bra wanted to keep peeking out of the cutout in the corner. To fix this I just put the bra on with the least amount of show- and also happened to be one of my older bras- I marked it with a frixion pen to where it was showing and then since it was a foam cup I could easily just cut away the area and no more peeking! I also made bra strap keepers to keep everything in place. 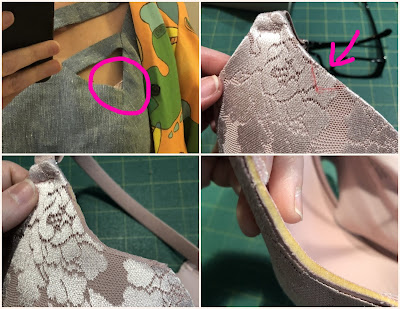 The day of the event we got to the museum early before the opening and my daughter played photographer. It was so MUCH fun to have my garment photographed with the artwork that inspired it!!! You will have to forgive the wrinkles – I did have to sit in the car to get to the museum and this fabric has just enough linen to wrinkle. It shows its character!! 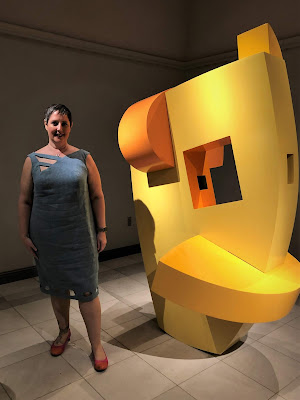 PS - in case anyone was wondering why I have called this my Weirdo dress- as my sister was creating many of her art pieces she would refer to them as her weirdos or her weirdo army or weirdo friends. So, I felt right at home in that ‘space’. Hence the name – Weirdo Dress! 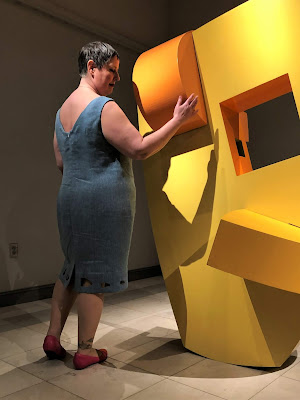 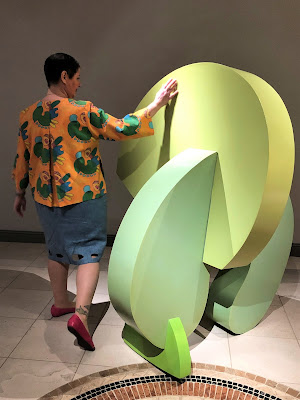